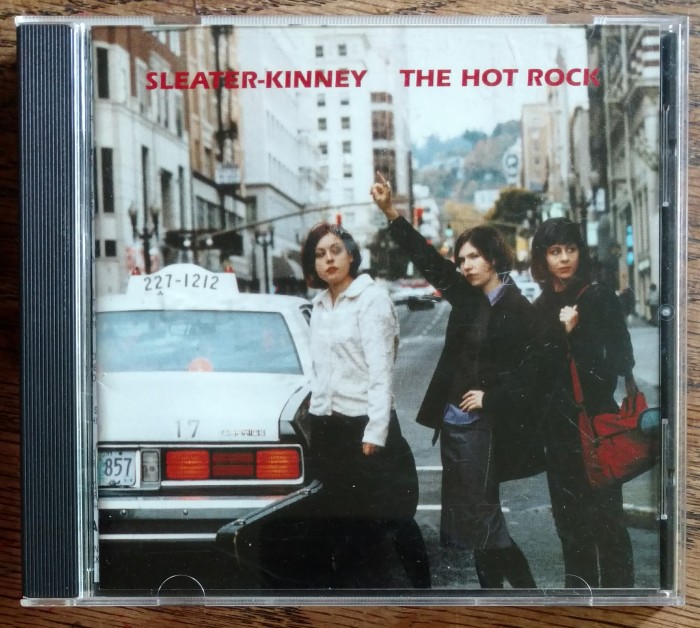 Silicon Valley tech bro culture is getting called out. More women are stepping forward to report harassment, sidelining, and misogyny in general at startups and established companies alike. I take news that such attitudes and behavior are becoming more unacceptable as a sign of progress.

Our current historical moment reminds me of the early nineties music scene, when women started making noise of every variety, spitting in the faces of the misogynist hair metal we’d all been fed by mainstream media for much of the late nineteen-eighties. I happened to land at the Evergreen State College at precisely the moment the Riot Grrrl movement erupted, and my views on sexual politics were forever rearranged.  The combination of female anger and artistic daring was heady and inspiring, and I feel like I became a better person for being immersed in that scene.

And, because I can never seem to shut the hell up about the Pacific Northwest musical renaissance of the early nineties, I want to submit that this song has the best guitar distortion of all time:

Anyway. We were talking about tech bros.

I’ve noticed that male responses to news of tech bro bullshit tend to fall into two categories–stubborn dismissal or somewhat disingenuous self-flagellation. When men try to express a sympathetic position toward women in tech, they often go into confessional mode and say the right combinations of words about white male privilege in order to portray themselves as suddenly humbled and enlightened. I find such expressions a bit suspect.

I’m more interested in concrete methods to develop more sophisticated attitudes about gender and inclusion. Not just saying “I’m sorry for being a sexist ass,” but actually engaging in a deliberate process to grow into a more considerate person. Coming forward with contrite apologies for being sexist only when the company’s shareholders start balking and there’s a PR disaster at hand isn’t exactly courage.

Offered in the spirit of making the world a little less clueless and oafish, here are three tips for men who want to avoid becoming misogynist tech bros.

Quick–who are your heroes?  If your list consists of only men, then you might be in danger of being an insensitive bro. If your list consists only of athletes and military leaders, then you have very likely exclaimed “Vegas, baby!” at least once in your life. And if there are women on your list, are they token inclusions who you secretly don’t admire as much as the men on your list? Also, “my mom” doesn’t count.

For what it’s worth, my own female heroes include Elizabeth Warren, Carrie Brownstein, and Björk. Elizabeth Warren because she fights for the less fortunate and routinely fillets charlatans and hypocrites at hearings on Capitol Hill. Björk for her artistic fearlessness and the boundlessness of her imagination. And Carrie Brownstein for the vast scope of her talents, which include guitar heroics, serious writing chops, and sketch comedy super powers. In each of these cases, I look up to these women in wonderment at their accomplishments, and they inspire me to try harder at my own pursuits.

When you sincerely include women in your list of idols, it becomes more difficult to view women in general as second-class citizens. When you stand in awe of what certain individual women have achieved, you start to understand that any woman can potentially achieve at that level, which makes it harder to treat women as a footnote to male ambition.

#2: Put Yourself in Positions Where You, as a Man, Are the Minority

Having spent much of my career in academia and the creative arts, this hasn’t been all that difficult. I have been the lone straight white man in a roster of creative writing teachers, have taught classes to all women, and have been on teams with more women than men. Once, in a writing workshop where I was the only man, I was asked to represent “the male perspective.” The term caught me off guard, because I assumed that my perspective was mine alone and didn’t represent all other humans with XY chromosomes. It also helped me realize that the reverse situation happens all the time when there is only one woman in the room and she is viewed as a representatives of her sex rather than a complex individual in her own right. If you’ve ever felt pressure to represent all men, you’re less likely to consider individual women as mere spokesmodels for their (slightly more than) half of the species.

#3: Take on Some “Traditionally Female” Roles

For five years I was mainly a stay-at-home dad. I got my kids up, fed them, took them to school and after school activities, took them to doctor appointments and play dates, bathed them, played Legos, and read them stories at night. Having observed how many men in our society find themselves later in life regretting not being closer to their children, I decided I wasn’t going to fall into that trap and deliberately designed my career so that I could maximize the hours I got to spend with them in early childhood. I’m more proud of this than any professional accomplishment, by several orders of magnitude.

Oftentimes during those years I found myself at playgrounds on weekdays, the only dad amid women caring for children. Striking up conversations with these moms and female care-givers, I’d often pick up on subtle judgement in the language they used. Sometimes my taking care of my children was called “babysitting” rather than the more accurate term “parenting.” On more than one occasion I was called “Mr. Mom.” And one time one of these moms complimented my then-wife for “letting me” take care of the kids. Then there was the time I was the only man in a “Mommy and Me” ballet class. My proudest moment, in all honesty. I danced the shit out of that class.

These experiences taught me to despise rigid gender roles in general. Once you’ve been put into a box as a man and considered an anomaly, you’re less likely to do the same to a woman. You also come to appreciate how difficult certain “traditionally female” roles actually are.

In addition to the above three tips on how to avoid becoming the kind of guy who gets elected President of the United States, I’d add a bonus fourth. Take a yoga class. One taught by a woman. You’ll be humbled by the strength of women and engaged in a physical activity that doesn’t involve defeating another man. You may even become more enlightened. You’re welcome, bro.